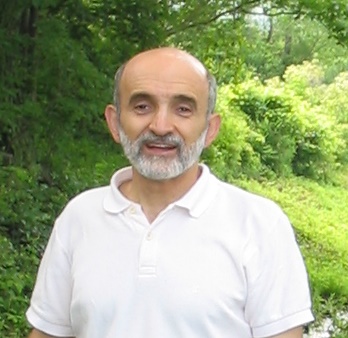 Today is Martin Luther King Day and I wasn’t sure what to write.  Then I remembered a questions someone asked me several months ago, “John, how many times have you been arrested? How much jail time?”  Well, today I actually went through our website and created a spread sheet to track it all. The answer:

Check here for the spreadsheet with links for details on each arrest.

Here is a BIGGER question for both you and me?   Was it worth it?

For me, Yes! And if we want to see real reform and the enactment of a Federal Family Rights Act  — more Moms and Dads need to join in similar efforts.

It is just an amazing history and I have seen the power in NonViolent Action (and according to Dr. King, Gandhi and others — it has to be a demonstration of love and self sacrifice). Just not being physically violent, but still calling opponents names — is NOT NonViolent Action.

I was allowed to do things you wouldn’t think possible as you read the history. How? More than one attorney told me,/”John, you are so polite, nice, and peaceful — they don’t know how to handle you…”/

Check here for more background on Dr. King, Gandhi, & Francis of Assisi  and why this day and what it demonstrates is so important.

In Dec of 1998. During my divorce the Judge gave my wife the “option” of moving out of our house and taking our son with her (he had refused their motion to have me booted). She moved out, I stayed in the home and it gave Domenic great continuity at home. Later, while the divorce was on appeal, they got an order to “evict” me from the Judge.

I could not walk out of my own home. I ended up under arrest and in the Syracuse City Jail — I’d never been arrested or in jail in my entire life. The charges were later dismissed.

2) Why all the “breaks” in the schedule?

During this entire time I was always able to avoid jail time during scheduled vacation time with Domenic. Spring break, our six week summer vacation together, and Christmas. I am not “essential” to reform in what I do, but I could not sacrifice time with my son — but there were some close calls.

The Goal was always legislative progress. When it looked like real dialog could happen with a politician I would focus on that.

What you don’t see on the “spreadsheet”, but you will find in more detail at the web site was the positive effect the support of other parents had! Parents who joined me outside buildings, had demonstrations, wrote letters and made phone calls to Judges, Politicians, and the Media. I used to tell people, every effort they made gave me “another layer of Teflon.”

It also didn’t hurt that I was a former Air Force Pilot and had been through POW training. I never expected to use the training in our own jails!.

Bail represents surety for a “promise” you will return to court. You are always presumed innocent when arrested — but bail can be used to pick-your-pockets in any protest effort. I wanted to demonstrate sacrifice and waiting in jail was fine. I was usually ROR’d (Released on my Own Recognizance).

I also found that by staying in jail, that speeded up the trial clock (and the “system” didn’t like that). It was more inconvenient to hold me.

5) Why have you stopped?

For most of the time I ran a small Internet business and I had other people working with me who could keep the business going while I was “tied up” for a while.

I had to close the business, can’t drive because of child support issues, http://www.AKidsRight.Org/ — so I just don’t have the money to survive and am currently getting by on contract work I can do from home.

It is my FULL INTENTION to resume the effort in the future as soon as my financial situation is stable.
New action planned for Mother’s/Father’s day 2014.

6) What will it take for real progress?

We need to get more people involved. I could tell the politicians were “nervous” about my actions and the spreadsheet certainly shows the length the “system” was willing to go to in avoiding an arrest.

It is easy to dismiss ONE person — to be joined by another Mother and Father willing to risk jail for the love of their kids would put the movement on the map!

I do believe that day will soon be here!